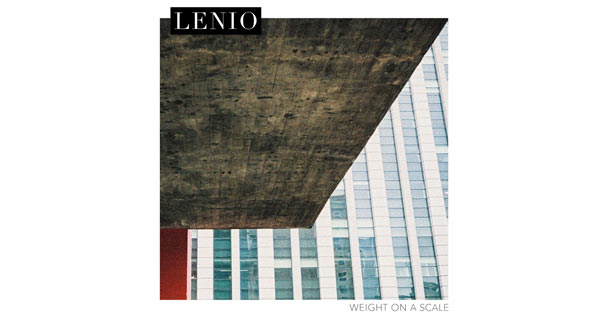 LENIO bridge the gap between Alternative and modern, catchy Progressive Rock on their debut EP “Weight On A Scale”. Songwriter and guitarist Aaron Tsangaris brings together established musicians with members from Heisskalt, a well known German Post Hardcore band, The Intersphere, Germany’s leading figures in contemporary Prog and Alternative, as well as Our Oceans, a Dutch band consisting of former members of Cynic and Exivious. They take you on an intimate auditory journey through elaborate guitar arrangements, floating melody arcs and questions of existential abstractation.

The result can be seen as the offspring of bands like Dredg, Circa Survive and Biffy Clyro. Marius Bornmann (Heisskalt / drums), Tymon Kruidenier (Our Oceans, Exivious, Cynic / vocals) and Daniel Weber (The Intersphere, Heisskalt, Casper / production, mix) contribute as guests. In the future the band will consist of permanent members.

“Weight On A Scale” deals with the development of a personality and the shaping of fundamental character traits. This process is rarely painless, but it is always rewarded with important findings. The EP reflects the urge to question dogmas with sonic depth and falsetto vocal escapades à la Agent Fresco – all that matters is the argumentation and the constant questioning of our world views. Social voyeurism and the intention to consciously manipulate the common good for one‘s own benefits are accused.

“Feeding fires to warm your hands / By burning fragile shapes”, Kruidenier sings over piano passages that stand in contrast to energetic guitar sounds. The vicious circle of social inequality which is caused by missing education – and ends in it – as well as the resulting monetary imbalances is another issue that is addressed.

The EP is setting a question mark that leaves the pressing questions of our time unanswered. An answer that makes sense in all dimensions is an utopia to which we must come as close as possible. “Weight On A Scale” does not want to make any final statements – LENIO simply try to awaken thoughts in us that are greater than ourselves.