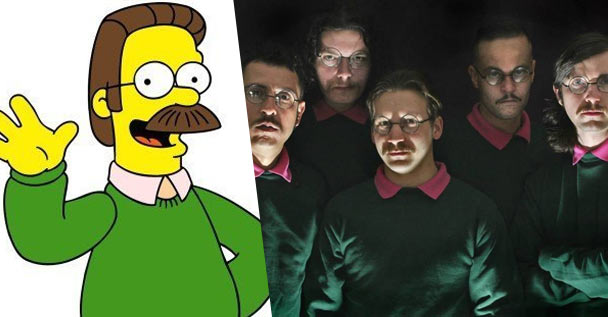 Hi-dilly-ho-dilly neighboreenos! Did you know that Ned Flanders metal is a thing? There’s a band that has literally dedicated their existence to the most doodliest Simpsons character. The world’s only ‘Nedal Band’, if you will. They go by the name of Okilly Dokilly, emphasis on the kill. They even all dress the part!

Their new album “Howdilly Twodilly“ is set to be out on March 29th. In support of this, they just launched a new music video going by the name of “Reneducation” which can be enjoyed full force down below..

The band’s own “Head Ned” had the following to say of the recent single and music video: