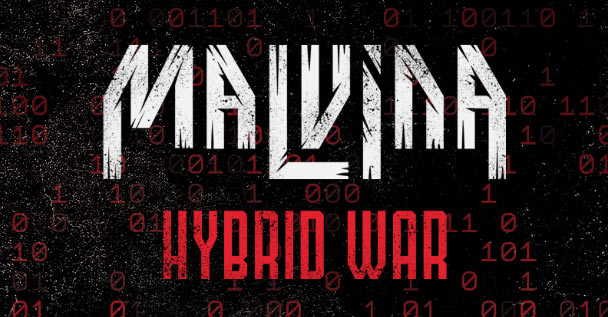 The hardcore punk band’s new album, “Hybrid War”, focuses on this new form of warfare, which, they explain, has been used to pull the strings of the social and political crisis shaking Brazil.

April 2019 – Malvina, one of the most influential hardcore bands in Brazil, brings out its new full-length, Hybrid War, on April 26th. This progressive punk album comes with a strong social and political commentary that draws on the concept of “hybrid warfare” to shed light on some recent key events in Brazil.

The album will be released in over 11 countries by the labels Electric Funeral (Brazil), Ghost Factory (Italy), Geenger (Croatia), Morning Wood (Netherlands), 5FeetUnder (Denmark), Bomber Music (UK), Mevzu (Turkey), Money Fire (USA), Punk & Disorderly (Canada), Audioslam (Chile), Mud Cake (Germany), and Razor (Argentina). It was mixed and mastered by Jason Livermore together with the band at The Blasting Room Studios in Colorado, USA, frequented by artists like Rise Against, NOFX, and Descendents.

A hybrid war is a form of unconventional warfare waged primarily by the United States, which identifies conflicts and exploits the weaknesses of target countries to attain strategic goals. One of the methods is to manipulate social movements via different media to weaken or bring down governments antagonistic towards its agenda.
“Hybrid War” took four years in the making, during which time the band members watched on with interest at the chaotic trail of events that shaped the country since the street protests in June 2013. As they see it, these events are closely tied in with Brazil’s historical submission to the United States. “The songs comment on the context of the hybrid war in Brazil from different angles and its different ramifications until the political and social fallout in the market economy, at the heart of the crisis we’re going through,” the band explain.

Some of the topics covered are:

– The connection between the neoliberal policies introduced by the Temer administration, intensified under Bolsonaro, and imperialist interests;
– The forced removal policy in Rio de Janeiro in the run-up to the 2016 Olympics, displacing many families in the heart of the city to make way for the Games infrastructure, meeting the requirements not only of the International Olympic Committee, but also of the housing market, in a phenomenon the American political scientist Jules Boykoff classifies as Celebration Capitalism;
– The concept of Disaster Capitalism, devised by the Canadian Naomi Klein – who has coined the term to refer to the Trump government – to explain the rationale that led to the environmental catastrophes in Mariana and Brumadinho, where profits are made from situations of utter calamity.

Other points are class hatred – reflected on most of the tracks – and our prospects for survival in the face of the overexploitation of all manner of resources, both natural and human, in the name of a “wealth” that overflows the confines of the Earth.

The album showcases a blend of hardcore punk, thrash metal, and progressive rock, in keeping with the concept of the hybrid. “By bringing together different styles, from classic 80’s punk to the sophistication of prog rock, taking in the hardcore melodic dynamics in our other materials, it takes hybridity beyond the title and the subject matter,” the band explain. They sum up: “An unpredictable hardcore punk with the chaotic overtones and heavy weight that mark our times.”
The artwork for the cover, by Rodrigo Rezende, is seen as a crucial element and hallmark of the band.

[Links to the streamings] 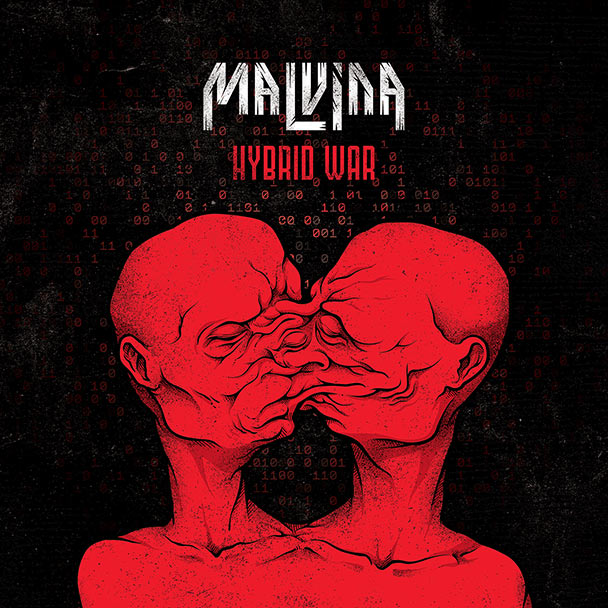