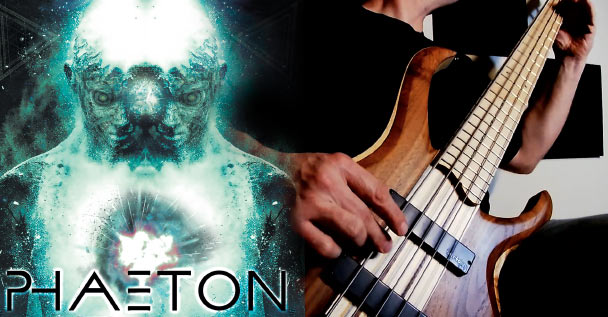 Phaeton is a Canadian instrumental progressive metal unit worth digging into. Late last year, they released their self-titled debut album which could easily be recommended for fans of Rush, Dream Theater, and Gojira among others.

Today, they’re premiering a bass & guitar playthrough for their track “March Of The Synthetics” off that LP! You can enjoy it right here:

In the wilderness of Kimberley, British Columbia, Canada, with a fascination for astronomy, Kevin Thiessen (guitar), Daniel Airth (guitar), Colin Righton (percussion), and Ferdy Belland (bass) united to create the interplanetary, instrumental prog metal that would come to be known as Phaeton.

Since 2017, they have been working quickly as a collaborative unit, honing their skills and orchestrating an attention-focused listening experience. One drenched in joy and wonder and the emotional, visceral release that only prog-metal can deliver. And the lack of lyrical interference only allows the listener the better opportunity to let their imaginations run wild with the music, drifting emotionally away on the solar winds to wherever they wish to soar.

Phaeton can be experienced with the released of the self titled debut album out now as of December 21, 2018.