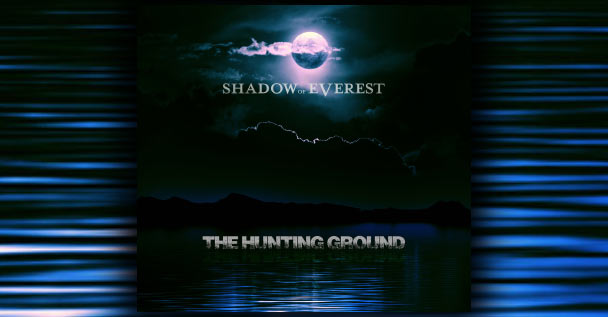 From the reaches of Nova Scotia, a large wave of sound has crashed over the world. Shadow of Everest is a four-man band combining elements from across the map to pummel ear drums. More specifically, they use elements of Groove Metal, Hard Rock, Progressive Rock / Metal, and more to form up their overall sound.

They’ve been at it since their inception back in 2014. Moving forward from that point, they’ve built themselves up musically, launched two full-length albums, and brought their sound to the live front. The focus of our time today, however, is the release of their most recent album “The Hunting Ground” which struck the world just last month!

Before we directly dig in, feel free to give a listen to the streams provided across this page and see if the band appeals to you! Their music is also available for streaming and purchase on platforms such as Bandcamp, iTunes, Google Play, and Spotify among others.

So how do Shadow of Everest fare in “The Hunting Ground”? Let’s find out!

The album itself is composed of 8 tracks drawn across a nearly 40-minute playtime. While there’s a good bit of variety put forward through the track listing, they all largely work together to make the greater experience come to life.

The record opens on a high point through the sound of building waves, a creaking ship deck, and ominous melodies / atmosphere like a quiet before the storm. “Umm al-Maa” is an intriguing entrance to say the least. It’s also arguably one of the best moments on the album in terms of sound design and production.

Following this introduction, the first full track of the record “Fifty Four” comes smacking with a series of grooves and belted vocals from the band. This is more of a proper image of what to expect from the band on this LP, marking it as a sort of true introductory number.

There are several other high points on the album as well. “We Are Wrong” is one of quietest yet most poignant tracks found on this record. It features insightful lyrics through duet style singing and some nice instrumental backing. “Castle In The Sky” served diligently as the album single with its release back in January. There are several layers of impact to this track from the brickwork of the concept to the instrumental execution. The final track “The River” might be my favorite on the whole record with its tight instrumental grooves and noteworthy guitar solo. I’d also just say it’s one of the most intense cuts of record as the band belts gang chants to a conclusion of “The Hunting Ground”. There’s plenty more to discover across these grounds so dig in if you will!

One of my favorite parts about this album is that just about every track comes strapped with a guitar solo. It’s clear that there are some talented strings behind the work that Shadow of Everest do.

To form a clearer image of what to expect, the band claims influence from the likes of Led Zeppelin, Black Sabbath, Machine Head, Mastodon, Tool, and Karnivool – all of which can, in varying degrees, be positively detected in the Shadow of Everest sound (especially the prog rock bands named!). There’s also a certain classic rock / metal feeling to a number of these tracks which is something worth appreciating.

There’s clearly a good bit of heart and effort behind this record. The songs are all well developed from the ground up and one can easily glean the sense that the band has a certain chemistry together. The compositions click.

However, the album feels like a raw take. All the recorded sounds come through clearly which is good but… I don’t know how many takes were recorded or how much love was given following the recording process itself. This could be for any number of reasons, but it leads to some moments being much sloppier than others. This generally leads to some songs standing out more than others which is unfortunate given the general quality of the material. However, on the bright side, the album certainly isn’t overproduced and quantized to hell and back on the opposite extreme.

The singing can really be hit or miss in my opinion. For example, Moments like the entirety of “We Are Wrong” and the hooks of “Dark Spiral” are high points while the 2-minute mark of “Ravenman” could be considered a low point. However, I’d say the lyrics are consistently interesting which certainly helps drive the overall experience.

To draw a final conclusion on “The Hunting Ground”. This is a decent album experience with a good bit to enjoy behind its many corners. The band has a lot of heart and it shines through in a number of entertaining ways despite any setbacks. At the end of the day, my gut feeling about this record is between a 6 and a 7 so let’s leave it at a 6.5 out of 10. If you enjoy any of the styles of music listed out in the first paragraph of this review, I’d say its worth taking a stroll through “The Hunting Ground”.

Just as a reminder, you can grab the album for yourself through platforms such as Bandcamp, iTunes, Google Play, and Spotify among others.

These platforms should especially interesting to keep tabs on as the band continues to grow. There’s a good bit of potential behind Shadow of Everest and it’s likely to put some fireworks in people’s ears if that’s fully realized in the future!