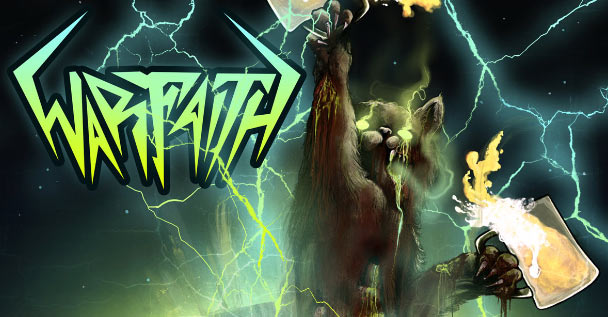 Warfaith is a French thrash metal band formed in 2012 by five friends who all have the same state of mind: To always have a good time! After a debut album titled “Wise Man is Dead” (2015), the band is now back with a new EP, “Pint of Pils”, out since March 30th.

“Pint of Pils is a concentrate of fun, beer and its effect, cats and zombies. There are also more serious topics such as in “Education of Life”, a song about society. Or “Vermin”, a track talking about powers and thinking heads that lead us”.

They continue: “This EP represents us. These are songs of which we are very proud, but with little touches of madness that we can hear here and there. We didn’t want to be serious like most of the bands currently are. We like to keep a rock’n’roll touch. It’s also a way of saying that despite the life events that you go through, good or bad moments, there’s always enough time for a beer!”