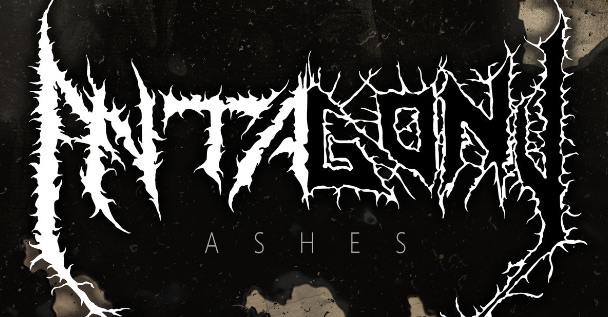 Note – A brand new Antagony track by the name of “Undo This World” can be enjoyed through the streaming link right here:

The time has come for the return of legends! For those unaware, Antagony are widely heralded as the creators of the Deathcore sub-genre. This came about as a result of their experimentation between elements of Grindcore, Death Metal, Hardcore, Doom Metal, and Powerviolence mixed with pure creativity and heaps of talent. In fact, if you’d like to learn more about said origins, there’s a whole documentary called Dawn of Deathcore based on the band and the scene they came up in – you can watch by CLICKING HERE.

It’s been awhile since we’ve heard from Antagony directly because the respective members went on to do great things in other pastures. To give you an idea, the current line-up consists of guitarist Ben Orum (All Shall Perish, Oblivion), guitarist and vocalist Nick Vasallo (Oblivion and literal doctor of music), vocalist Carlos Saldana (Connoisseur), bassist Bray Almini (formerly of Suffokate) and drummer Luis Martinez (Oblivion, formerly of The Zenith Passage).

As Antagony, the band put out a number of records in the past starting with their first demo in 1998. They would go onto release their debut EP “Expect The Worst” in 2000 which was quickly followed by another EP and the album “See Through These Eyes” in 2001. Some demos later, they would put out “Rebirth” in 2005 and finally “Days of Night” in 2008… Until now…

It’s important to mention those past releases because their new record “Ashes” is effectively a time machine for the band! With the exception of “Days Of Night” and “Rebirth”, songs from all of those releases have found their way onto “Ashes”. In fact, with the exception of the title track, “Ashes” is almost identical to “See Through These Eyes” but the tracks have been re-worked and, of course, re-recorded. That being said, I wouldn’t base total expectations of “Ashes” on a listen of “See Through These Eyes”.

If you’d like to give a listen to the music firsthand, a number of singles have been made available prior to the official release of “Ashes” on May 24th. A number of these can be found across this very page. A number more and digital / physical pre-order options can be found over on the Antagony Bandcamp page. These will likely be made available on most major online music platforms on the given release date.

My intention is not to do a side-by-side comparison of “Ashes” and “See Through These Eyes” but it does bear saying that there’s an immediate difference between the 2 records as the opening track “A Killing” begins with a bit of sound design on the 2001 record and, by contrast, immediately goes in for the kill with some metal in 2019. Right away, this establishes the ferocity to be found from Antagony in their most modern incarnation. It does a great job of introducing the mood for the rest of the record… that mood is hostile.

While the tracks are generally consistent in terms of this aggression and delivery, they can vary considerably in length. The shortest offering stands at just under a minute while longest ranges above 5 minutes. The rest of the tracks naturally fall between those runtimes. The full experience lands at ~35 + minutes of ear grinding.

There are many stand out moments to be found across the run of “Ashes”. Some of my personal favorites would have to be “Kip and Mitch”, the opening beast “A Killing”, “End of the Circle”, and “Slob” which we were also lucky enough to premiere right here on The Circle Pit. I also have to single out the title track “Ashes” for standing as the direct rebirth of this all! However, it bears saying that every track has a definite function and enjoyability in the overall attack of this record. I wouldn’t count any loose ends here. Some guaranteed headbanging awaits those who press play!

There’s a lot of intensity to be unpacked while listening to a record such as “Ashes”. It’s certainly worth giving multiple listens as there’s replay value to be found here. Even at younger ages roughly 20 years ago, it’s clear that the ideas these musicians had were fairly complex. Boundless creativity comes knocking at the listeners ear drums only for Antagony to lead the mind through a maze with sporadic twists and turns!

Interestingly enough, Zack Ohren who’s been recording and producing for the band since their “Rebirth” album also took over those duties on this latest record. In that regard, it’s not only interesting to see the band’s growth but his as well. The man is a highly talented asset for any band to work with and it shows once again with his work on “Ashes”.

I wouldn’t count any downsides to be among the numbers of this record. Personally, I found it to be quite enjoyable from the ground up. Objectively, if you don’t like Extreme Metal this won’t be your cup of tea. Others might not also be hyped on the fact that its primarily reworked material. Ultimately, as with all music, it’s up to the listener to make up their own mind.

To wrap things up, I must say it has been a delight witnessing the return (or rebirth) of Antagony with their work on “Ashes”. More than anything, this album serves that function to a fine point. They’ve succeeded in making the old material new once again while showing great promise for what may come next. The record is a ferocious ear bender that could easily be recommended to any fans of Extreme Metal in the world.

Just to reiterate, a number of singles from the album can be found across this page. This includes the brand new “Undo This World” up top! The album will be made available on most major online music platforms and digital / physical pre-order options can be found over on the Antagony Bandcamp page.

If you wish to follow along with Antagony via social networks, they primarily have a presence on Facebook other than their aforementioned base on Bandcamp.

Once again, if you’re a fan of Extreme Metal or interested in untangling the roots of Deathcore music, definitely give Antagony a go!