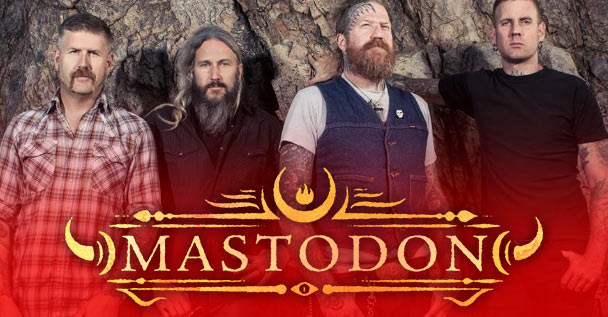 While speaking with Consequence of Sound, Mastodon’s Troy Sanders spoke of the band’s progress towards releasing new material. More specifically, he said they’d be working on it following their Summer touring plans.

“We just completed the European tour in February and months ago, it felt like that would be a good stopping point of the Emperor Of Sand touring cycle. But then this opportunity came up to co-headline with Coheed, so we decided this would make sense and it would be the 10th anniversary of Crack The Skye, so we decided to take the summer tour. So, instead of writing a new album, instead of diving head-first into new new material right now, we’ve kind of just been enjoying a little home time and then rehearsing a lot of old material for this set that we’re doing this summer.

So, we don’t really talk about it or mark the calendar, but just knowing how our band’s operated for the past 19 years, once we recover and enjoy some home time after the summer tour, we’ll probably, all four of us, I imagine, will be very excited to dive head-first into new material. And we never put timelines on us. We never put those restrictions on ourselves. We just want everyone to be excited about it. So it needs to come naturally. But I would imagine that we’ll work [on a new album] in the fall of this year.”

Speaking of the band’s Summer touring plans, you can find the dates for that by CLICKING HERE.