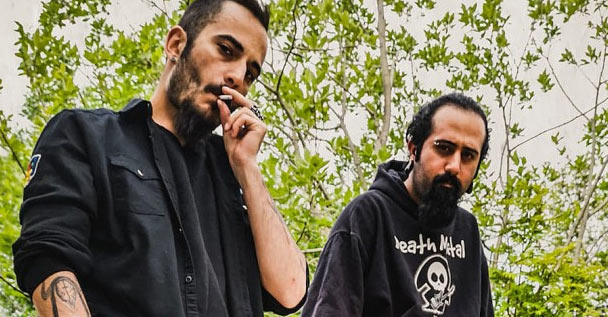 The Iranian metal band Confess have been locked in a battle for their music for a couple years now. They were originally arrested and made $30,000 USD bail a piece back in 2017. They’ve since fled as political refugees to Norway after initially ducking out of Iran into the neighboring nation of Turkey where they first made their case known.

The charges? Essentially playing metal music in Iran. Or, in the words of the Army of the Guardians of the Islamic Revolution – blasphemy, satanic lyrics, interviews with forbidden foreign entities, and a bunch of the other usual bullshit against metal musicians.

Since then, the full sentencing for the band members has been laid down and let’s just say it’s good they’re not still in Iran. According to reports from Metal Injection who recently spoke with the band, the damage is to be 12 1/2 years in prison and 74 lashes for the the band’s Nikan “Siyanor” Khosravi and 2 years in prison for Arash “Chemical” Ilkhani.

As it stands, the band is one the brink of releasing an all new album “Revenge at All Costs”. The first single “Evin”, named after the Iranian prison they were held at, has been released. Any and all support for this band is well deserved as they continue making the music they love in the face of adversity \m/