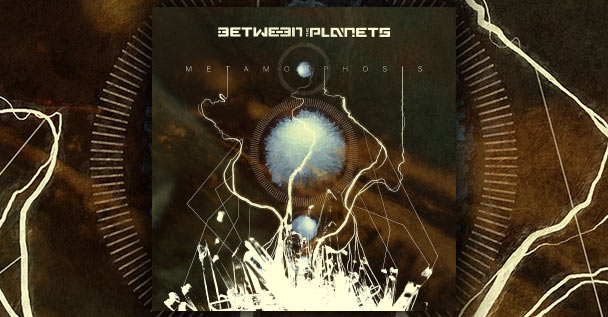 Between The Planets is a noteworthy name in the world of underground Progressive Metal music. They’ve been churning out a quality sound crossing the realms of modern djent tonality and subliminal groove for a total of 7 years now. In that time, the Czech Republic based band has put out a total of 2 full-length albums and a whole selection of quality singles. These are tunes worth digging into if you enjoy an all-encompassing, spacey atmosphere surrounding your prog. In short, this is the good stuff!

Their latest output comes in the form of a single called “Metamorphosis” which makes for 5+ minutes of the band’s signature celestial sound come to life! Better yet, the sound is absolutely gorgeous from the composition on up. They worked with no less than TesseracT’s Acle Kahney and 4D Sounds for the master and the rest was done in studio by the band’s primary composer and producer Martin “Spacosh” Perina. You can give the new single a spin through the YouTube embed found down below.

The new record has also been made available for purchase and streaming on Bandcamp.

Through it’s 5+ minute runtime, it’s safe to expect much the band’s signature sound with some interesting dynamic shifts and build ups that lead to some heavy catharsis. The atmosphere and groove to this track is A+ as to be expected from BTP.

Between The Planet’s current line-up consists of the aforementioned man Martin “Spacosh” Perina handling guitar, recording, and base production among other functions. He’s joined by the very talented Filip Kittnar on drums and Adam Palma on bass. Altogether, they make the magic happen!

If you’d like to hear some more music from Between The Planets in the meantime, we’ve included some older links for you to sample right here: