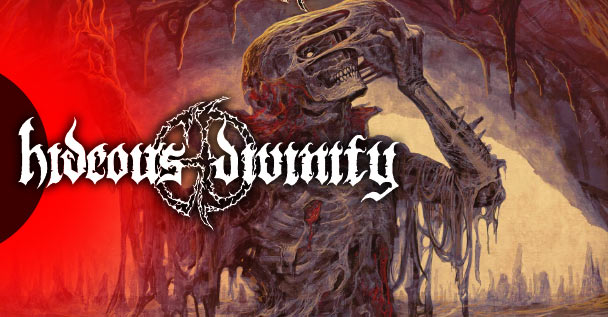 UPDATE – An all new HIDEOUS DIVINITY single + lyric video combo has arrived! “The Deaden Room” is a force to be recokend with:

UPDATE – Hideous Divinity have launched an all new single in support of the album. The new track is an absolute face melter that I’m sure a number of you will enjoy. It’s been paired with a rather NSFW music video combination which you can enjoy below. The clip with made with Olivier De Sagazan.

Hideous Divinity are also releasing a new album by the name of “Simulacrum” on November 8th through Century Media Records. Pre-orders for that are now available to those who CLICK HERE.

Here’s the official word in support of the album release: