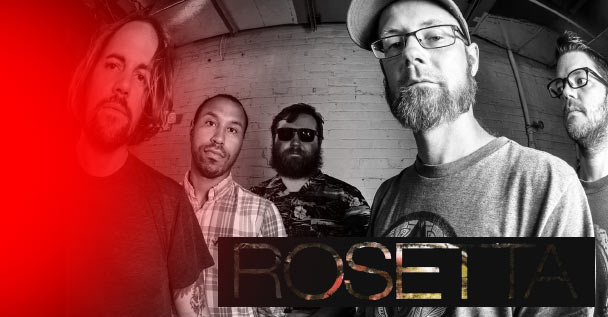 Rejoice! A new Rosetta record has landed! It’s an EP going by the name of “Terra Sola” and can be enjoyed through the Bandcamp link below – where you can also “name your price” and add the goods to your collection. Give these post-metal masters a spin.

Here’s the official word in support of the release:

“Today we’re very excited to release a new EP. Terra Sola is three songs, pay-what-you-wish, available exclusively via Bandcamp. Like Sower of Wind, this is a full-on DIY release, conceived in the fires of non-stop touring. Unlike Sower of Wind, it’s not an experimental or ‘lo-fi’ album.

Terra Sola has the towering peaks and intricate valleys you might expect from a Rosetta release, but with new sonic textures and a fuller development of the intimate ‘chamber’ sounds we’ve been playing with more since Utopioid. Conceptually, it deals with our relationship to the environment, an issue which of course produces deep ambivalence for a band that travels as often and as far as we do.

It’s been a little over two years since Utopioid was released, and Terra Sola functions as a kind of capstone to that period — the most intense touring cycle of the band’s 16-year career. This release helps us to tie up a lot of loose ends — musical, conceptual, personal, even financial — and to try out new skills and new working methods.

After so much time on the road, we just wanted to get together and write one big, panoramic piece of music; but as sometimes happens, the material took on a life of its own and the scope of the release expanded dramatically.

Rather than take these ideas to a traditional studio, we entrusted Matt with engineering and mixing. Most of it was done in our tiny practice room in Philadelphia, with some odds and ends recorded in our homes and at the Radar Studio in Connecticut. In a sense, we’re signing off on an era, and welcoming a new creative environment for the next cycle.

Some of you might notice that our bass player Dave didn’t play on this release. In fact, he was only able to play one live show with us during the whole Utopioid cycle (the last one, as it turns out — Decibel’s Metal & Beer Festival in April).

Life and family outside the band required his complete attention for the last few years, but we want to clarify that he’s still a member of Rosetta and will be playing more with us in the future, on recordings and hopefully on some live shows as well. And since we’ve been privileged to have so many talented friends tour with us in Dave’s absence, we also intend to expand the band’s collaborative horizons on future releases.

The artwork for this release features photography by Johnny Dang, from the band O’Brother. Johnny actually took these images while he was playing bass for us on one of our weirder recent tours, a round-the-world-in-3-weeks run through Iceland, the Baltics, Russia, Japan, and Hong Kong last year. We’re so happy to have the work of a good friend that connects both to the music’s concept and to our shared experiences and collective memories as a band.

As always, this release will be available exclusively on Bandcamp for a period of time, with licensed physical media and streaming platforms to follow later on. Wheels are already turning for vinyl and CD formats so we promise to keep you posted on that.”