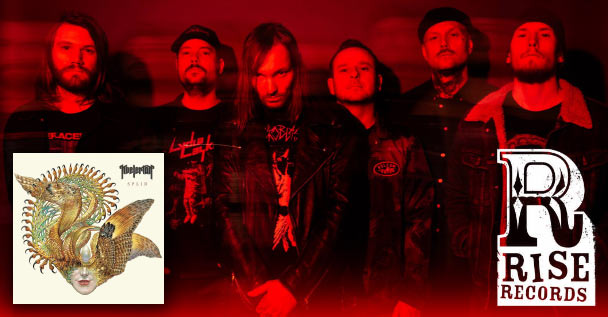 Norwegian metal / “black n’ roll” band Kvelertak have signed on with Rise Records to pre-empt the release of their new album “Splid”. This record is set for release on February 14th, 2020.

To support the effort and signing, they’ve launched an all new single by the name of “Bråtebrann” which can be enjoyed here:

“We are very excited that our new album Splid will be released through Rise Records and we look forward to being a part of the Rise family in the coming years,” the band says. “Splid (‘discord’ in English) is a deep dive into western gluttony, our own stupidity, and the abyss of the earth.

Working with Kurt [Ballou] again has been amazing and we’re extremely happy with the production,” the band continues. “We’ve pushed ourselves to the edge this last year — musically, physically, and mentally. The result is one hour of catchy riffs, punk rock, and heavy metal influenced by a world in discord to accompany our way towards Ragnarok.”