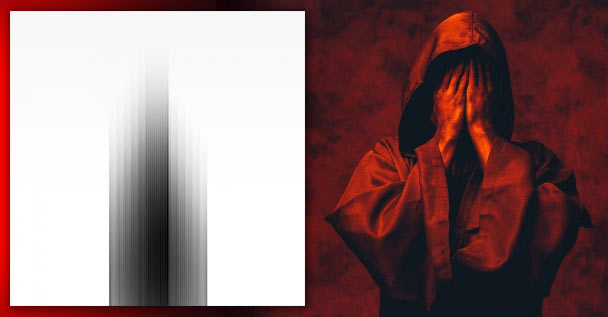 Sleep Token… Are they a cult or a band? It really doesn’t matter either way because they seem to be developing a cult following around their music. The band’s infectious approach has been making quite the impression through segments of the modern metal / prog / etc underground and it’s apparent that they’re here to stay. I’ve personally been a fan since around 2017 and have been waiting for this moment ever since…

“Sundowning” marks the band’s first full-length album to follow up up the “One” and “Two” EPs along with several notable singles. Up until this point, the band’s angle has certainly been quality over quantity. Now, they’re here to show what they’re capable of in long form.

This hasn’t been a normal album experience in a number of ways. By this point, we’ve already heard the majority of the record with its unconventional roll out. Every single track was effectively turned into a single with an aggressive release schedule of one per week. In reality, I could’ve had the majority of this review written for months now but I’ve decided to tackle it after having given the beast a listen in its entirety a few times.

Speaking on the unconventional release strategy, I just looked over the numbers on a few platforms and this strategy appears to have panned out. For the first full-length album of a relatively new band, there are some considerable listen counts strapped to this one. I tip my hat.

In terms of sound, Sleep Token know how to mix things up quite well. They cover a whole spectrum from crushing modern metal to sugary pop music and just about everything between. One never quite knows what they’re getting into when pressing “play” on a Sleep Token track.

The new album consists of 12 such tracks that all work together over a 54-minute spread. Despite the eclectic approach, these tracks all work hand-in-hand and flow well to form the greater picture of “Sundowning”.

The band’s duality of sound is immediately evinced through the two opening tracks / singles “The Night Does Not Belong To God” and “The Offering”. The first shows a lighter side to the band while the second shows a heavier side. Even so, both are a mixed bag merely showing the beginning of what to expect as both extremes are pushed further throughout the album.

For example, a track like “Take Aim” is there to show a differing light side to Sleep Token with an acoustic approach. Meanwhile, a track like the Deftones-esque “Gods” is primarily there to stomp the brains out of listeners. Once again, you never know what you’ll get besides the mere fact that it will land somewhere in that very wide spectrum.

With this great variety comes differing quality (at least in my mind). The majority of these tracks sound great to me and I’ve actually had a few in regular rotation over the past few months. However, numbers like “Dark Signs” and “Sugar” didn’t do much for me at all. I personally think they stray too far into the blander / sickly sweet side of modern pop music. Though I’m sure other people will love them all the same. By total contrast, I loved the pop side of this band exhibited on a track like “Give” so maybe I’m just crazy… or sundowning…

I absolutely have to give this band props in the creativity department. Sleep Token have spent years crafting their cult-like mythos and a musical world to call their own. This is, by far, one of my favorite qualities in bands / artists and they’ve boiled it down to a science. Hate it or love it, you have to admit it stands out from the pack.

The production behind “Sundowning” really shines through. Every track sounds great on this front with crisp, clear presentation. It just adds another layer to the professionalism Sleep Token exhibits.

In the end, I would say the Sleep Token debut is very good – even reaching greatness at times. For that reason, I’m feeling somewhere just shy of an 8 out 10 for this one. So, let’s call it a 7.5. This album is very well done and I’m quite interested to see where Sleep Token goes from here.

If you’d like to give the new music a listen for yourself, you may do so through the various streams provided across this page. The full album is also now available for streaming and purchase just about anywhere music is sold online. Find “Sundowning” at Spotify, Amazon, Apple Music, etc.

In other news, the band has absolutely been killing it on tour with Issues and Polyphia. I haven’t personally seen them live but seeing Sleep Token live videos over the years has been enough to tell that they’re a quality act… Especially that drummer! Holy shit man! You can find all the dates for that by CLICKING HERE.