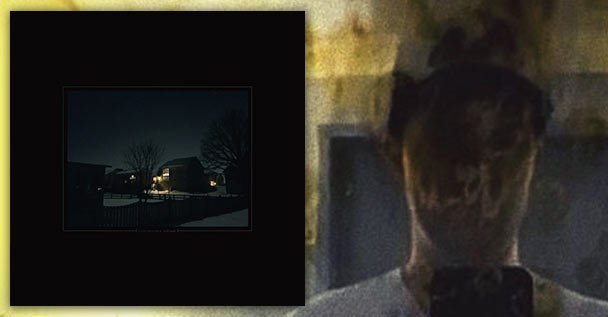 Background: The man, the myth, the legend Cloudkicker (aka Ben Sharp) has been sharp with instrumental musical creations ever since his MySpace days back in 2008. His brand of music can be boiled down to progressive greatness of the complex variety. As a professional commercial airline pilot, Ben has never pursued Cloudkicker as a full-time career, offering each and every album release as a “name your price” download on Bandcamp in turn. The quality of his music has never suffered for this, making him an easy favorite in the modern Progressive Metal underground. His latest record goes by the name of “Solitude” and was undoubtedly inspired by this year’s quarantine situation. You can go ahead and stream the goods on this page or read on for my good ol’ opinion.

This Album Sounds Like: A darkened, crystallized onion of sound unfolding layer by layer. And unlike an actual onion, it smells pretty okay – though it might make some people cry ‘cause she can be a beaut… This is a highly varied and surprisingly heavy / dark offering from Cloudkicker who, one could argue, has become progressively more mellow with time. It’s a long haul since the days of “The Discovery” and “Beacons” but “Solitude” does revisit some of that terrain.

Some Favorite Tracks: Really all of them but I was pleasantly surprised by the heaviness on the intro “Ludendorffbrücke” which bled into several other tracks. Other favorites would have to include “Sandö”, “What They Do Is Not Art”, “Banqiao”, “Not to Scale or Painted” which has a clean transition into “Off His Way”, and the beautiful acoustic closer “crawl spaces”.

Positives: In a way, this album is the combination of the best Cloudkicker elements from the past and present making a sort of retrospective effort that also stands on its own two legs. It further pushes the narrative behind this musical project in a positive trajectory and I thoroughly enjoyed the experience. It’s complex, driving sound paired with the instrumental medium makes it great music for both one’s full attention and as a background for other work. I’ve often had it in rotation since last week’s release for this reason.

Negatives: I’ve been listening to Cloudkicker for a long time now so maybe I’m biased but… I really don’t have many negatives to share about this record. I will say that certain segments may drag more than others because there’s a certain element of repetition in Cloudkicker’s work but for the greater part it’s all good. Maybe in some peoples ears the production won’t be as shiny as it could be but it didn’t affect my enjoyment of the record personally.

In The End… This is another solid addition added to the Cloudkicker discog. “Solitude” is a solid ~50-minute musical chunk sure to elate fans of rhythmic, instrumental Progressive Metal music. Upon coming out of solitude, I’m feeling a very strong 8.5 out of 10 on this LP.