ARCHITECTS “For Those That Wish to Exist” album announced! 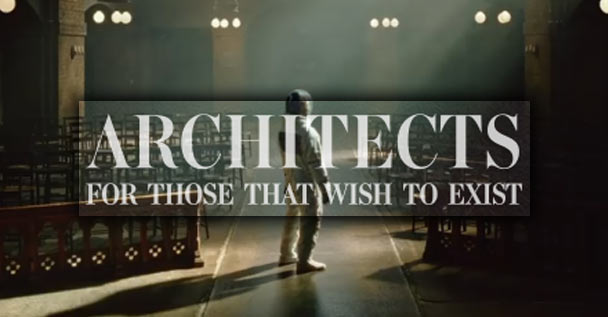 UPDATE – An all new single by the name of “Animals” has been released!

Drummer Dan Searle said the following of this at a point in regards to his deceased brother: “Tom always joked that he wanted to make this ‘bio-industrial’ record, a tongue-in-cheek term he had coined. There’s part of me trying to honour that; I was all for it! Let’s just go where it takes us, embrace it, and if it’s good, run with it…”

ARCHITECTS will be releasing a new album “For Those That Wish to Exist” on February 26th through Epitaph Records. They’ve released the cover art and tracklisting for the new effort. It will consist of 15 tracks across a 58 minute runtime.

The band had the following to say of this, “This album was me looking at our inability to change to a way of life that would sustain the human race and save the planet,” explains drummer and principal songwriter Dan Searle. “I wanted to look in the mirror and ask ourselves the question of what are going to do, as opposed to trying to point the finger at politicians. Change has to start on a personal level. The world has developed a culture of wanting someone else to deal with it, when we need to take our own responsibility. It has to start there.”

For Those That Wish to Exist track listing: