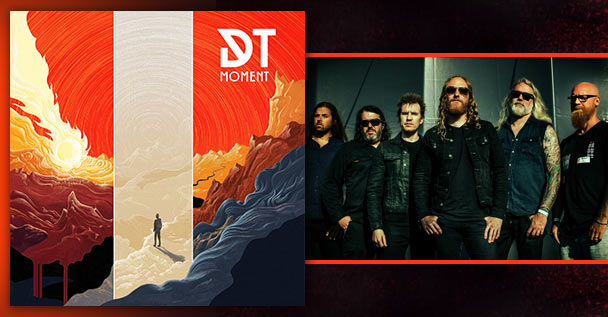 Background: This is the “Moment” for Dark Tranquillity to follow up their Grammy nominated performance on 2016’s “Atoma”. The new record was just released through the good people at Century Media Records so you know what to do! The classic Gothenburg Melodic Death Metal band has been doing what they do best for just about 30 years now, releasing no less than 12 albums (and all kinds of other stuff) in that time. This record is their first without founding guitarist Niklas Sundin (CLICK HERE to learn about his recent departure). In his place, Christopher Amott (ex-Arch Enemy) and Johan Reinholdz (Nonexist) have stepped up. All that being said, let’s see how this legendary band fares with the changes and more on their latest release “Moment”.

This Album Sounds Like: Melodic Death Metal. Period. The good name of Dark Tranquillity has always been and always will be a monolith in this sub-genre. Here it stands once again.

Some Favorite Tracks: The opener “Phantom Days”, “Empires Lost to Time” had great riffs that I’ve came back to, “Identical To None” had me headbanging, “The Dark Unbroken” was a well-placed side-step. At the end of the day, these are all good Melodic Death Metal tracks, but that bunch was probably my favorite of the collection.

Positives: This is a solid slab of Melodeath that effectively adds another quality notch in the band’s disography. Everything translates beautifully through metallic fury and the beloved scales of Gothernburg. Every member of the band delivers to collectively bring about something worthy of tossing metal horns in the air.

Negatives: With the void of Niklas Sundin, the two replacements did a good job, but it largely feels like a re-hash not quite reaching previous Dark Tranquillity heights. BIG shoes to fill so it’s important to re-emphasize Christopher Amott and Johan Reinholdz did a good job with what they were given. Objectively, if you don’t enjoy the good ol’ Gothenburg sound, steer clear of this “Moment”.

In The End… If you Swedish Metal, you’ll probably like this. I’m personally feeling a 7 out of 10 for the new effort from Dark Tranquillity. It’s certainly not the best material I’ve heard from them, but it is worth a listen. Speaking of which, once again, you know what to do!