To satisfy today's free music needs, I want to bring you a demo recently released by a band called Imbibed by Quasar. They define themselves as “intergalactic death metal” and it shows through their music with strange atmospheres and coldy calculated musicianship.

This is a six-piece band that could be described as salad made of stars, dinosaurs, Rings Of Saturn and electronic music. The project started this year as the combination of 2 past electronic projects.

They released this demo as a preview of their debut full-length album that will be released at beginning of next year. The demo features 3 tracks, each one sounding completely different. The band really showcases their notable ability for compositional diversity in such a small number of tracks. And while the production is not exactly the best you can find out there, it is definitely suitable for a demo and it's presentable enough to show you all this band's potential.

The demo is available for a free download on Bandcamp. Go give it a listen now if you dig this kind of spacey shit! 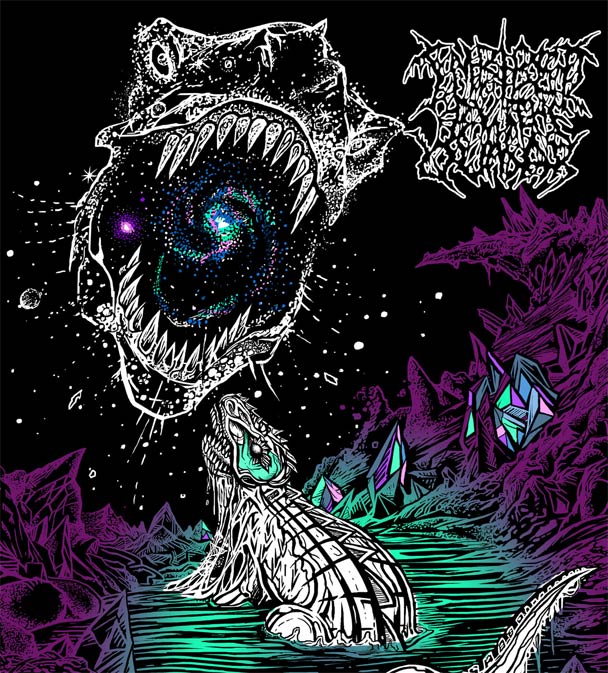