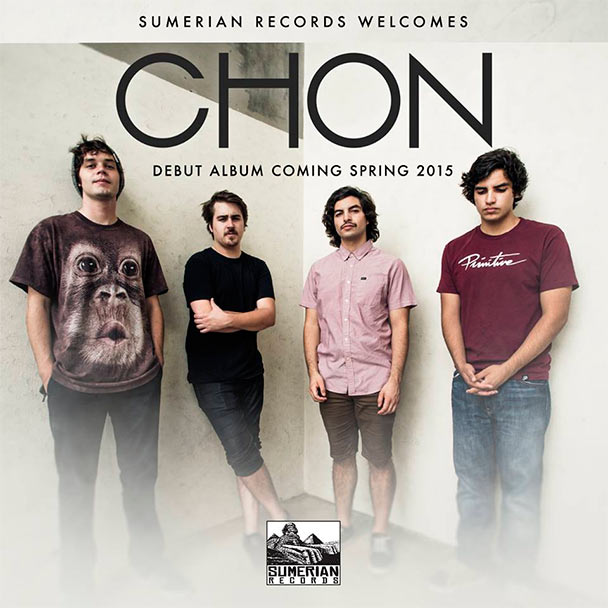 The West Coast Kings of Melodic Progressivism Chon, have taken a big step forward in their careers by signing to divisive but undeniably successful label Sumerian Records.

Announcing the news on their FB page the band said "We have cooked up some incredible things for 2015 and beyond. Look out for our début album to be released early 2015. :)"

I wouldn't normally even consider using this word, but Chon are so cool and inspire almost infinite flights of rabid jealousy in me that I just have to say, I'm Hella excited about the prospect of a Chon album. That's right Kids, Hella Exited.