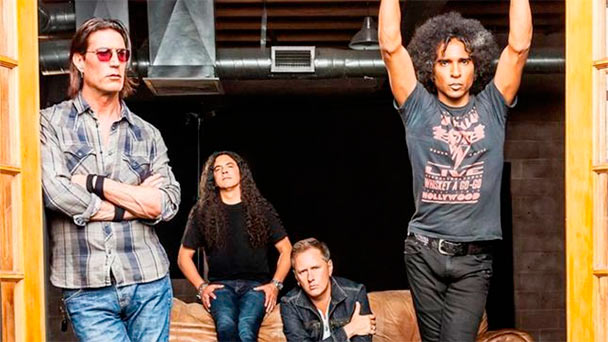 Alice in Chains will embark on a North American tour in July of this year as the band look to further promote their 2014 album ‘The Devil Put Dinosaurs Here’ as well as performing some new material from their upcoming album the band are currently working on. Rumours have circulated that we could expect a new album near the end of this year but nothing has been confirmed as of yet.

Also, as reported on the Circle Pit earlier this month, Alice in Chains’ guitarist Jerry Cantrell could well be guesting on an upcoming Deftones track. However, this isn’t going to get in the way of Alice in Chain’s upcoming tour where the band will begin their tour at the Starlight Theater, Pala Casino Spa and Resort in California on July 17 with the tour ending on August 16 at Sands Steel Stage, Philadelphia.

On their second show of the tour, Alice in Chains will play the well-known Peal Theater in the Palms Resort and Casino which has been the home to some of the biggest acts the music industry has produced over the years. The in-house entertainment venue of the Palms Resort has a busy schedule ahead for 2015 with Culture Club and Jackson Browne also slated to perform at the venue.

The venue is an all-seater theater, which holds 2,500 people and has 18 luxury private boxes available through their VIP packages. A sold out crowd will be treated to Alice in Chains classics such as ‘Rooster’ and ‘Dirt’. Fans will also be looking forward to hearing tracks from their most recent album, the aforementioned ‘The Devil Put Dinosaurs Here’. You can watch the video to ‘Hollow’ a single taken from said album, below.

The band will be taking in a total of 7 casino shows throughout the duration of their tour. Casino shows have become extremely prevalent in the last 10 years for a number of reasons. One of the most notable reasons is become the increase in online gaming, which has had a detrimental affect on the profits of brick and mortar casinos. With online giants such as Betfair reportedly posting pre-tax profits of $80 million for the fiscal year as reported by International Business Times, many casinos had to find alternative ways to recoup revenues.

Luckily for rock bands such as Alice in Chains, this meant more casinos built live entertainment venues to showcase the best musical talent around to help keep many of these aging casinos alive. Now in-house theaters seem regular fixtures on the live circuit.

To keep up with all the latest Alice in Chains news, check out their official Facebook page here.