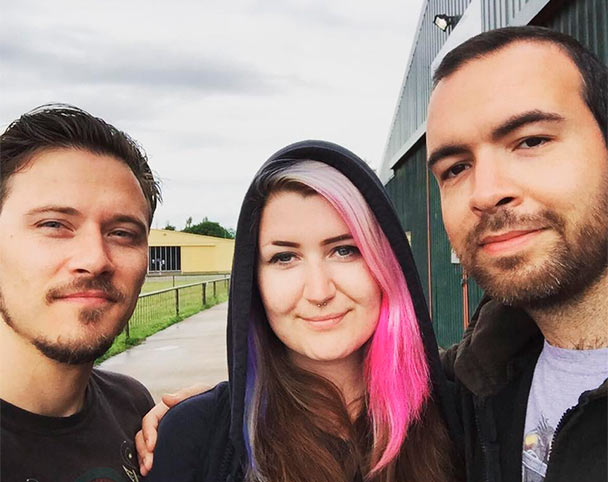 Woah man! Some awesome news was just put out there by singer Daniel Tompkins (TesseracT, ex-Skyharbor, etc). Apparently, he’s working on a non-metal studio project with none other than instrumental mastermind Chimp Spanner. Katie Jackson is also involved. Daniel had the following to say alongside a UK Tech Fest group selfie (as seen above):

Just to let you guys know I’ve been working in the background on a fun (non-metal) studio project with my good friends Paul Ortiz (Chimp Spanner) and Katie Jackson. Me and Paul have wanted to collaborate for years and with Katie in the fold we’ve created a big back catalogue of fresh ideas over the past 12 months or so. We’ll let you know more soon but keep an eye out for ZETA.

In other news, TesseracT just announced their upcoming album “Polaris” with an incredible teaser video. It can be viewed by CLICKING HERE. Also, sir Chimp Spanner has new music in the works. Though he’s been relatively quiet since the release of the single “Aurora” early last year. Yet again, check it out by CLICKING HERE. OH – And here’s some more music from both of the above to tide you over: