Let me start by saying that I spent the years 1994 to 2005 obsessed, almost exclusively, with Tool. When asked who my favourite band was, Tool would be my immediate, almost unthinking answer. I relished everything about the band, from their nostalgic yet progressive sound to the intelligence which seemed to permeate every second of their music.

But in the last couple of years, I have been slowly falling out love with Maynard and pals. And in a vain attempt to decipher and explain this gradually encroaching state of enmity, I have decided to list my issues, to see if I can come to some form of rationalised conclusion.

You will, I’m certain, disagree considerably with some or all of my points of contention. But please remember this tour of frustration is purely personal, akin more to a burp after a heavy meal than projectile vomit occasioned by food poisoning.

So, as my Grandmother used to say: Better out than in. 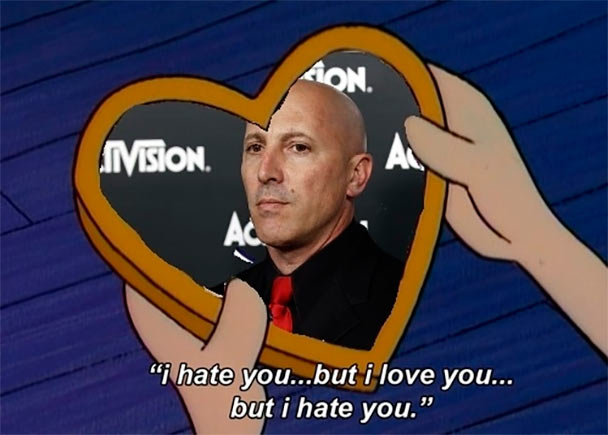 Tool formed in 1990. That is 25 years ago. In that time, they have managed to release 4 albums and an EP. The gaps between releases almost mirroring the revered Fibonacci Sequence, utilised by the band to tremendous effect on Lateralus: 2 years, 3 years, 5 years, 8 years and now 9 years (and counting).

Apologists for the band will blame their 15 year lack of productivity on onerous lawsuits; one to extricate them from an undesirable contract and the second against an Insurance company after insurance purchased to protect them against another separate lawsuit, somehow turned tail and bit them on the backside.

How did they manage to become the biggest Prog band in the world without having representation smart enough to negotiate suitable record deals or purchase appropriate insurance? God only knows.

I’m sure there must be people in world who remain excited at the prospect of a new Tool record. 7 years ago, I was one of them. 7 years ago, it would have been an event essential to the very core of my existence. Now, I’d view it like I do Game of Thrones: I’ll hear the clamour and general wonderment expressed by others, but I just won’t be able to share the excitement myself.

Through their much popularised co-opting of a mathematical construct (the Fibonacci sequence) and their long held belief in “sacred geometry”, Tool have often played with numerological concepts. However this has duped, cajoled or convinced a legion of idiots that numbers are in fact a magical force.

I know Tool themselves are not responsible for the ripples that their work makes upon the wider world, but more times than I care to remember I have had a pleasant evening at a party ruined by a Human shaped irony vacuum, enduring their theories on “How ∏ can cure cancer” or the ineffectiveness of sleep without spiral based furniture arrangement.

I wouldn’t blame Tool for these occurrences but for the fact that the people in question have sought me out, solely based on my choice of band specific apparel.

You are not a thought provoking genius just because you listen to Tool!

Music is naturally mathematical and so the two concepts align. Beyond that the influence of Tool has given idiots Carte Blanche to pontificate endlessly on spurious nonsense, with no concept of either Socratic or scientific method to validate or exclude what they laughably refer to as their “evidence”. They seem to have concluded that Tool write songs, the significance of which, only they can comprehend.

3. They Have Not Made A Technical Death Metal Album.

I’ve wanted this since 2001. They’ve let me down. For 14 years. People have children younger than this grievance. So I have a complaint who is in High School thinking about it’s GCSE’s and what it is the Girls really want.

I know it will never happen. I know I’m being stupid, but every time I hear Hooker With A Penis or Ticks and Leeches, I just imagine what wonders they could have created. Feel my Pain. It sounds like Gorod having sex with Rush in my head. 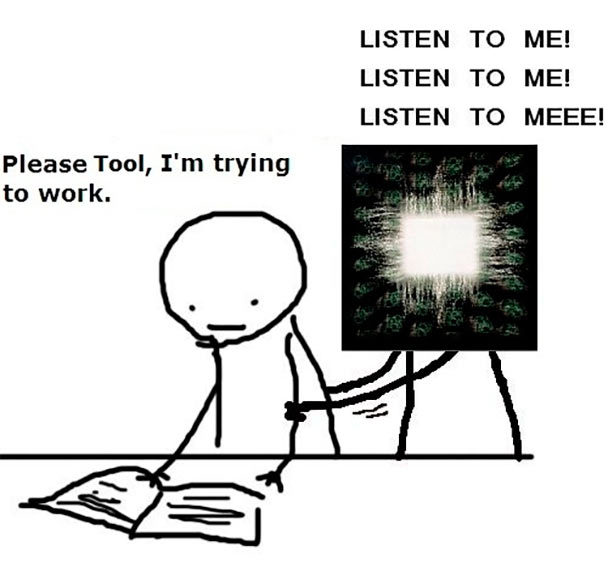 4. They’ve Won Grammys in Years Where They Haven’t Released Records

Ok so this one isn’t exactly their fault. But a lack of strict protocol on behalf of the The Recording Academy, has meant a unwarranted deepening of the band’s mystique.

In case you are wondering what the awards were for and when, they were awarded the ‘Best Metal Performance’ trophy for Schism in 2002, despite it being released in May 2001. And 10,000 Days winning ‘Best Recording Package’ in 2007 regardless of its May release date in 2006. Both of these dates are well outside the catchment area for Grammys being awarded in their respective years.

Ever since the conception of the band praise has been piled upon Maynard James Keenan for his resolute, esoteric intelligence and for his stance against commercialisation for it’s own sake.

There is nothing less esoteric than owning a Vineyard.

I know people who have been huge Tool fans for over a decade who have never had the opportunity to see them play live. American tours, however are regular occurrences. I realise that to tour Europe is a much grander endeavour but the fact they would sell out the biggest venue in any city they deigned to play in, must surely justify the effort.

Maynard has had A Perfect Circle and Puscifer, Danny Carey has plied his trade in ZAUM and Volto but Adam Jones, arguably the most influential progressive guitarist of his generation has not created a note of original solo music.

Ok, so he’s a visual artist who draws his own comic books, as well as directing the bands videos. But since they haven’t made one of those since 2007, this hardly qualifies as an excuse.

This is doubly frustrating for me since Mr Jones was childhood friends with Tom Morello of R.A.T.M. This miraculous pairing basically taught each other guitar. So a project from the two of them would literally be the stuff of dreams. Hot. Wet. Dreams.

This is perhaps the most directly selfish of my complaints. By choosing the name they did, they forced me, for over a decade to tell people who knew little or nothing about metal that “I Love Tool”.

Thanks for that. No embarrassment incurred whatsoever.

So Yeah, Tool may or may not release a record before the start of the next decade. When it does emerge, I’m certain it’ll be at least 55% as satisfying as 10-000 Days, which was in its turn 48% as satisfying as Lateralus. However Lateralus was 142% as satisfying as Ænima, so trends can be bucked and Tool may surprise me. But then again, they probably won’t. So I should probably invest in some insurance to cover this eventuality………Oh Wait! 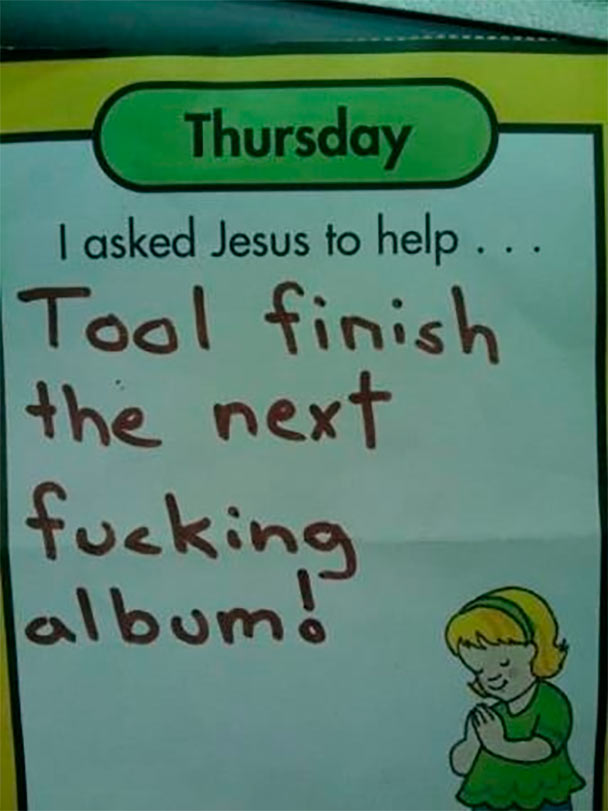