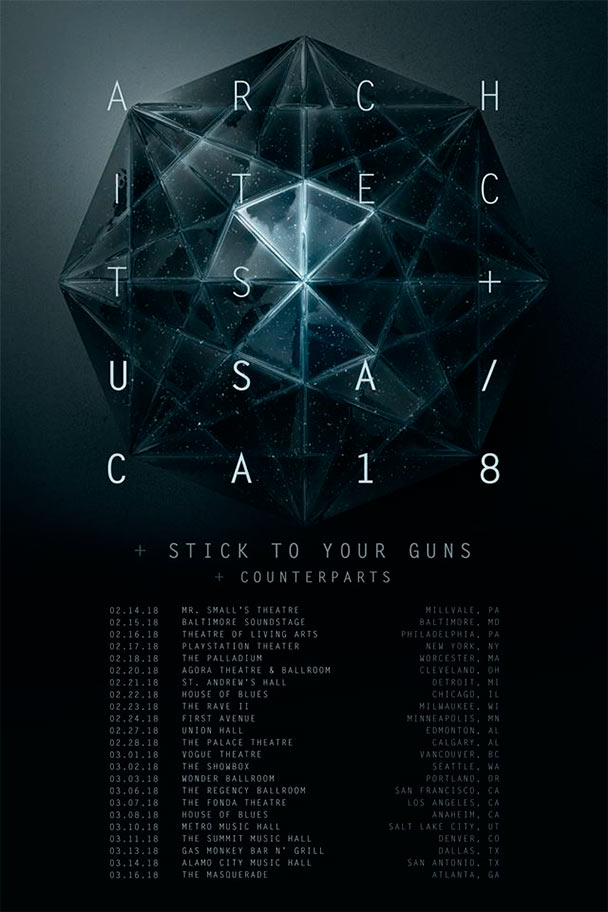 Architects have just announced their 2018 touring plans for North America! The trek will run February through March with support from no less than Stick To Your Guns and Counterparts. Music from all three bands can be found below and dates for the tour are on the flyer up above.

In other Architects related news, the band has announced a new full-time guitarist and released their first song / music video since the tragic passing of guitarist Tom Searle. They’ve also announced a European / UK tour in conjunction with While She Sleeps. Dates for that can be found by CLICKING HERE.