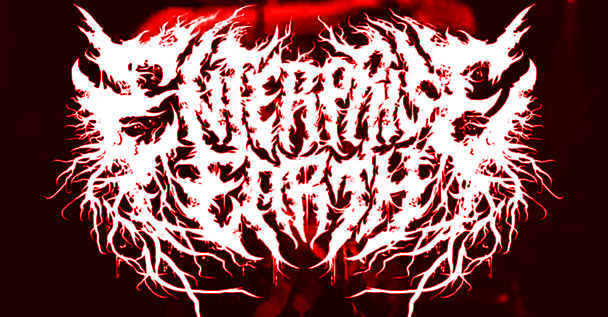 The heavy hitting Deathcore unit Enterprise Earth have signed on with a new label in eOne / Good Fight Music. As such, they’ll be working on an all new album this Summer with no less than Jason Suecof. Watch out!

In other news, Enterprise Earth will be joining Chelsea Grin, Oceano, and Kublai Khan on tour in Europe this year. You can look at all the dates for that by CLICKING HERE.

Spokane, WA metal band Enterprise Earth has signed a worldwide deal with Entertainment One (eOne) / Good Fight Music with plans to release a new LP later this year. “We are very proud to announce that we are joining forces with eOne and Good Fight Music,” says vocalist Dan Watson. “We have grown into something bigger than we ever imagined and we couldn’t be happier to have such an amazing team to support us.”

Enterprise Earth will head into the studio this summer with producer Jason Suecof (The Black Dahlia Murder, White Chapel, Job For A Cowboy, Carnifex) for the next full length.

Enterprise Earth was founded in 2014 by ex-Infant Annihilator vocalist Dan Watson and ex-Takeover guitarist BJ Sampson. Taking their name from a confluence of Illuminati and other conspiracy theories, the band released their a debut EP titled XXIII and a full length, Patient Ø, in 2015. Patient Ø featured Oceano vocalist Adam Warren and debuted at number five on Billboard’s Heatseekers/Top New Artist Chart. Last year the band released Embodiment, their second LP and have since shared the stage with Chelsea Grin, Whitechapel, and Winds of Plague with a highlighted appearance on the 2016 Summer Slaughter Tour.