System Of A Down on new album, “Don’t know if it’s ever gonna happen at this point” 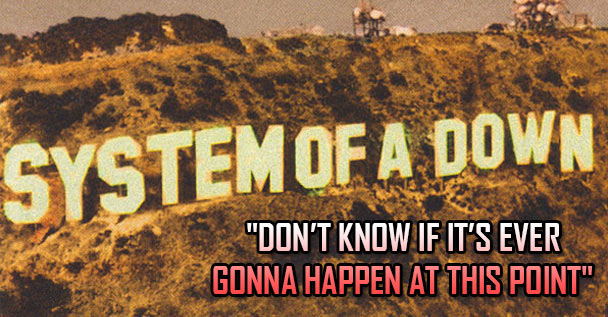 In a recent interview with KROQ, System of a Down drummer John Dolmayan questioned the future of the band in terms of making a new album. Despite reports of the band having roughly 15 new songs written, he showed his doubts by saying the following (the full interview can be found in the video below):

I don’t know if it’s ever gonna happen at this point. I don’t like saying that but you got to live in the realm of reality and anything we do outside of System is never gonna anywhere be close to System. System is the best thing that anybody in System will ever do. But we still do the other things.”

Further recent statements towards a potential new album can be found by CLICKING HERE.