The Alex Jones Prison Planet… Is A Real Band 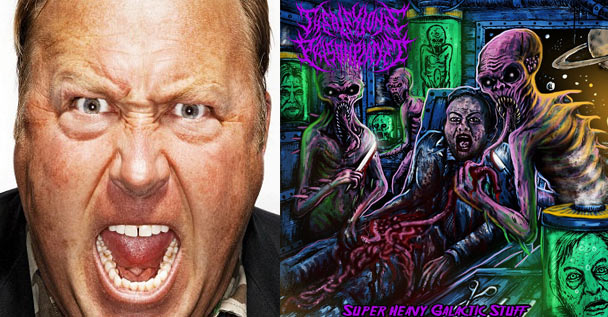 I can’t make this stuff up. There’s a hilarious new band on the loose going by the name of The Alex Jones Prison Planet. Their whole act is placing metal music behind the batshit crazy rants of internet conspiracy theorist and accidental comedian Alex Jones.

To date, they’ve released three EPs. Most recently, they launched “Super Heavy Galactic Stuff” to follow up “Crush The Parasites” and “Cursed The Hell”. They’re all worth a go if you’re looking for a short, sweet, metallic laugh. The projects are all available for streaming and purchase over on Bandcamp. You can also give them a follow on Facebook for additional comedy.