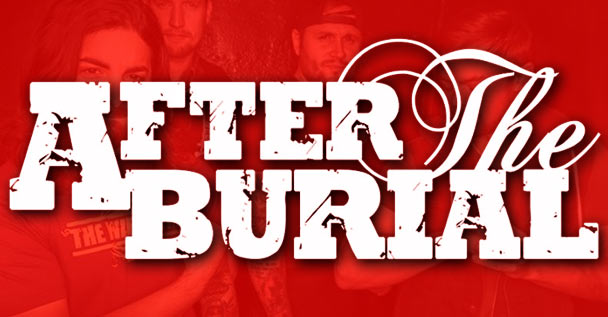 If all goes according to plan, After The Burial will release their sixth studio album in Spring of 2019! This was unveiled when guitarist Trent Hafdahl stated the following to The Metal Teddy Bear Experience on 90.3 WMSC:

“…I can tell you that we will be releasing a single sometime over the winter and then we are releasing it next year, sometime in the Spring. Other than that..we wrapped the mix and master up about two weeks before we started rehearsals for this tour. When we are out on the road it’s kinda hard to take care of that business just because it’s a very involving process being out here but once we get back the wheels are going to start turning, balls gonna be rolling.”

He later stated the following:

“…It still sounds like After The Burial but it’s a snapshot of us musically in that time in space. So no, never really went back and being like ‘oh yeah, we should write another ‘Bezerker” or anything like that. We tried that before and it just never works. You end up having a song you spend two months on and it’s track 7 that everybody skips over.

So doing that is a way thing in the past, just because we wrote those songs because we didn’t have an identity yet and it was trying to find what works for us, like as players, as musicians, as enthusiasts of metal and hip-hop and all these different types of music we listen to.

Now we have our own brand, our own identity musically. There’s still inspiration but it’s never like ‘oh hey lets go back and write a riff like this because it’s nostalgic.’ If people like it, they’re gonna like it, if they don’t, they’re not going to, you can’t force it.”

“…It’s still heavy as fuck. It’s a heavy ass After The Burial record. It’s still us you know? People are like, ‘is it going to sound like Dig Deep?’ Well no dude, ‘Dig Deep‘ sounds like ‘Dig Deep‘. That record was written and we did it and it sounds great. This one is a different record. It sounds sick.”

It is it’s own thing. It’s hard to explain, man. It’s just art. You don’t want to paint the same picture 50 times. We all really enjoy it. It’s definitely a heavy, heavy one and I think my favorite solo work that I’ve done on any record, like solo guitars, guitar solos. I’m pumped, I’m really pumped.”

The full radio interview with Trent and the band’s new bassist Adrian Oropeza can be heard right here: