DEATHMASK (ex-Here Comes The Kraken) will debut with Carnifex! 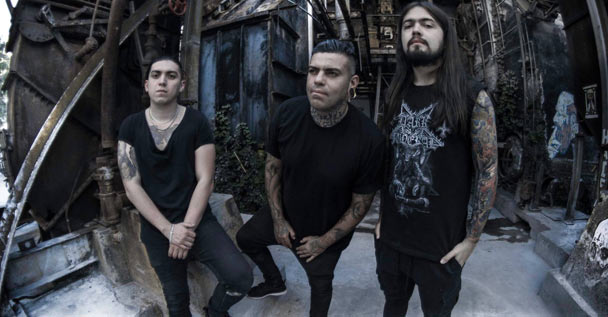 DEATHMASK is a new blackened deathcore band formed by Alejandro Guardado & Benjamin Martinez, both better known for been in Here comes the Kraken. They got in contact with Mauricio Villalon, who has been drummer for many bands in the mexican metal scene.

A few weeks ago they announced their first appearance shows alongside Carnifex, in their Mexican tour in march by Orion Productions.

This year the band will release their debut album entitled Kingdomcum; actually, they have two singles on the internet!