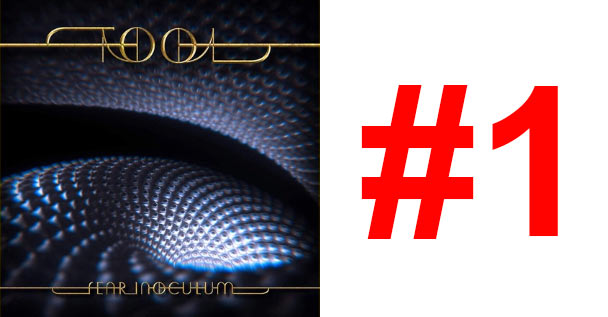 With the equivalent of 270,000 units moved in the first week, the new Tool album “Fear Inoculum” has hit the #1 spot on the Billboard Top 200 chart! This makes it the largest commercial success rock / metal music has seen in over a year’s time.

It’s also worth noting that, in doing so, they also quickly dethroned Taylor Swift’s “Lover” from the #1 spot with Lana Del Rey’s “Norman Fucking Rockwell” currently sitting at #3. Not too shabby.

To learn more about the album and the reactions based around it, you can CLICK HERE.