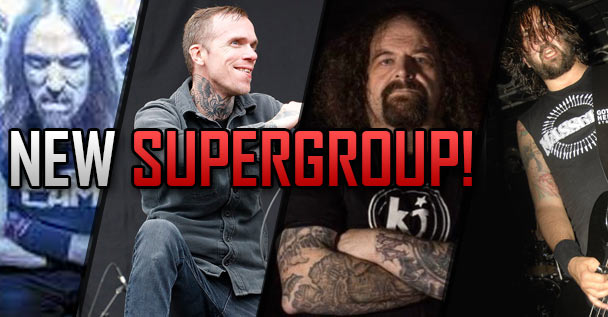 THAT is the line-up of an upcoming supergroup that just recorded a new album.

This came out after Bannon had the following to say to “Mosh Talks With Beez” for Knotfest.com:

“Aside from the Umbra Vitae record I actually finished another album before the pandemic situation hit here in the States. We didn’t totally put that on ice, but it definitely delayed getting that out to the world.

It’s something totally new for me, where Umbra is a band—a proper band—and Converge and Wear Your Wounds are proper bands, this is more of a project that might have some live elements at some point. But I wrote a album with Shane Embury from Napalm Death, Dirk from Megadeth who also used to play drums in Soilwork and Jesper from Nasum.

And we recorded a 12-song album and we’re really excited about it. And we’re gonna get that out to the world, I don’t know, hopefully in the next few months, we’ll see what happens.”