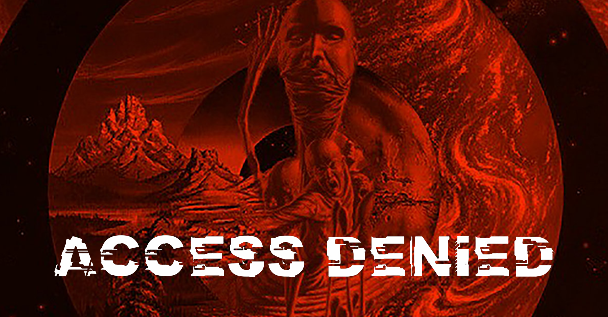 ACCESS//DENIED is an exciting, new solo project we should be keeping tabs on. Powered by the mind of Ricky Morales, the guitarist for the up and coming powerhouse Event Horizon (CLICK HERE to listen!) and an almighty meme lord, there’s a lot to anticipate from this! While speaking with Ricky, he told of his plans to release an all new song every two weeks and he made it clear that there will be great variety for our ears to feast upon. Yes, there will obviously be metal but he also talked about everything from – as Ricky stated – full on actual waltzes to how to destroy an angel style electronic music! Bottom line… there’s no telling what we’ll get next from ACCESS//DENIED!

For starters, the single “Primordial” has made landfall! This is a 4+ minute groooovin’ modern metal banger just waiting to step on some ear drums. This effort was released through Dead Scene Records. You can accept it into your life by pressing that play buttons on the respective YouTube and Bandcamp streams provided just below. This experience comes complete with a beautifully twisted piece from Daydreamer Art on the cover.

If you want to follow along with this venture and witness the madness to come, there are several options – you can subscribe to either the YouTube channel or over on the Facebook page for direct updates.

And it just so happens to don’t have to wait another minute to hear more music! If you head over to the Bandcamp page, you can listen to such heavy hilarity as “Crash Bandiblegh” and the aptly titled “Tight as fuck grindcore album”.

And just to reiterate, give a listen to Event Horizon! The band is highly professional, putting out a number of high quality singles including a recent collaboration with The Contortionist’s own Robby Baca – CLICK HERE to listen!