POST DEATH SOUNDTRACK “It Will Come out of Nowhere” Album Review 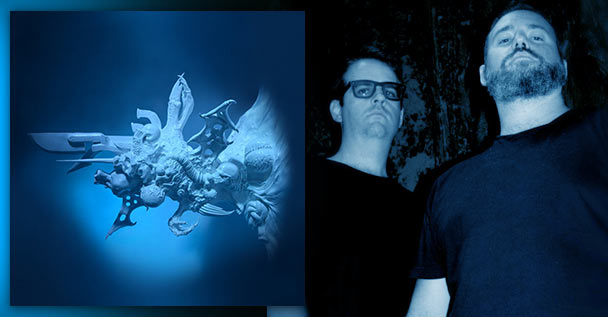 What is common in Voivod, Devin Townsend Project, and Gorguts? Yes, they are all based out of Canada, but most importantly, all of these bands have tried to introduce a fresh, and inventive style of Metal. It was Gorguts who avidly practised a more avant-garde style to death metal. Their ambitious 1998 effort, “Obscura”, is an example. Voivod, on the other hand, was experimenting with the traditional Thrash Metal by introducing hard rock and prog elements – adding dissonant chords and unconventional time signatures. They even released a post-psychedelic rock-inspired album in 2018! As far as the Devin Townsend Project is concerned, there is no limit to what Devin can do. Opera, Prog Rock, Crushing Metal, or Funk – you name it, Devin will spin something off of it. The point is, Canada is a home for many experimental projects. However, not everyone gets to enjoy the limelight.

One of such lesser-known experimental bands is Post Death Soundtrack. I got recommended to this band as they had a striking resemblance to Nyxem (Not too long ago, I wrote about an American experimental artist, Nyxem and their album). Post Death Soundtrack has been around since 2008, and they try to merge doom metal with experimental elements that range from trip-hop, spoken work, trance and even middle-eastern/Arabic influences. Amidst all of these influences, the band promises to give a doomy/demonic vibes (eloquent of their name “Post Death Soundtrack”). Jon Ireson and Steve Moore are the people behind this band. Their 2019 effort, “It Will Come Out Of Nowhere” is an epitome for their multi-dimensional sound. This album is a follow-up to their 2018 Halloween single, “Chosen Sons”, which also happens to be the first track of the album.

This 11-track album shows their doom metal roots and how well they are blended together with the experimental elements. The first track of the album, “Chosen Sons” sets the atmosphere for the rest of the album. A spooky intro soon transits into a more catchy doomy tune that is coupled with screams. The vocals are surely the driving force of the track, while the instrumentation holds everything in place. The second track, “Crumbs”, is straight-up ferocious with screaming prevalent towards the end. The third track, “Dark Matter” starts with a soothing electronic intro that slowly makes a transit to a darker sound. Even though the song does not have a stereotypical “demonic screams”, the mellow vocals actually sound devilish in the track. It may be the instrumentation that gives it the vibe – something like a lullaby. The fourth track, “Expect No Sympathy” is easily one of the best tracks on this album. It has one of the spookiest compositions in the album. Like any other track on the album, this track has a lot of elements going into it. The composition is catchy and the vocal hooks compliment the instrumentation in the background. I’m sure the track would make a good soundtrack for a movie! I’m not sure, but there’s a guitar riff towards the end of the track that is really catchy and memorable. Definitely worth a couple more spins!

If the first half of the album is to be explained in just two words, it would be: authentic and unpredictable. However, much to my surprise, the band was just getting started. Their experimentation reached a point where one could not differentiate between what is what(genre classification is not a practical choice). The songs live up to the standards, be it the mixing, engineering or the production. Production, in specific, is very clean and polished. Although it is not similar to the staple “Potato” production that best suits doom metal, the band has actually pulled off great work in creating the same moody atmosphere using their cleaner production. Personally, I feel their prudent use of Industrial/Electronica elements contributed to it as well. In addition to that, the use of analog synths were a great choice as it gives the tracks a good vibe.

In the second half of the album, “Ramona Hills” is, well, scary and really confusing. The track is over 6 minutes and revolves around a few engineered sound bites that give the track an emotive landscape. Transition to the next track, “Benediction” can’t be any better as the song starts with an Arabic vibe. I’m not sure, but the beat sounds similar to Tabla, an Indian percussive instrument. After the intro, the vocals take the song forward. Of course, the beat can be found in the background. The good thing about this track is that none of the parts overpowers the other. In the sense, the track would have some electronics and strings towards the end, but none of those spoils the opening beat. To sum up, the song is a well-choreographed masterpiece!

Just when the middle-eastern vibe ends, “Piercing the Veil” introduces another sound. This time, it is a Psychedelic Rock. Something that I noticed in the majority of the songs is that the elements get added slowly. If the track starts with one melody, the next element would be added in around the 1-minute mark, while still keeping the first melody. Then at the around 3-minute mark, the band adds another one. I believe it’s the reason for their authentic sound. The very last track of the album, however, “Bridge Burner” is a crushing doom metal track with limited experimental elements. Not too much electronics are used in this track, but the vocals and drums drive the sound of this track. Even though the track clocks around 10 minutes, there is not a single moment where you will get bored. A perfect track to close the album, leaving you wanting for more!

Overall, “It Will Come out of Nowhere” is a classic album that exemplifies Post Death Soundtrack’s enigmatic take on Doom Metal. Their sound is a perfect juxtaposition of many elements including, but not limited to, industrial, electronica, spoken words, psychedelic rock and prog. They have made a definitive statement that blending genres from different realms of music is still possible. For them, this was successful because of their intelligent songwriting. I’m actually surprised to see how the band got ideas for these tracks. Maybe that is the reason why the album took 2 years. I would love to know their thought process and how they arranged the elements for this album. Having said that, this album is not for all, but if Doom Metal fanatics are looking for something new to fill their playlist, then I definitely recommend Post Death Soundtrack.