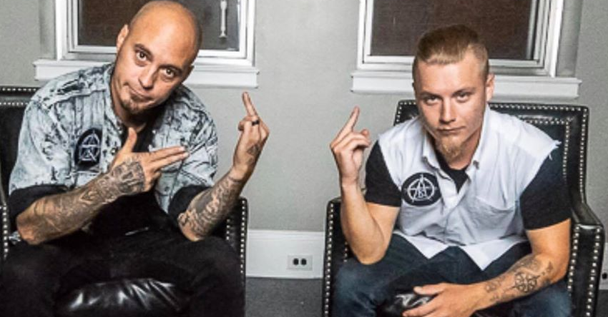 Former Mushroomhead frontman, Waylon Reavis released new music through his band A Killer’s Confession. This would be the followup single for his sophomore album with the band. The song, entitled “Last Chance”, also had a music video to go with it.

The video was completely shot amidst the lockdown. The band decided to pursue the “DIY-style” and shot this video with handheld cameras and cell phones while sitting at home and respecting the social distancing order. The video also has a special appearance of Justin Bontiz of Tallah.

Sonically, the song is a bit different from what you hear from Mushroomhead. “Last Chance” circles around the realm of Rock/Alt Metal, more than Heavy/Nu Metal. While the Mushroomhead song consisted of heavy riffs and pounding drums, A Killer’s Confession is more on the mellow side. With the inclusion of former Mushroomhead guitarist, the song does have a solid riffing. Focusing on the catchy hooks and melodic choruses, this song has a repeat value. The chorus “This is my last chance….” is addictive and very catchy. Needless to say, this is a new direction for the band.

The lyrics behind this song is based upon the story of an individual trying to make things right after a horrible past. “It is about an individual who has burned all bridges in their life and are on their last chance to make it right”, Reavis said, before adding, ” ‘Last Chance’ is a scream for the forgiveness of past decisions we have made and how ashamed we can be from things we do.”

This song also holds a rich significance. “Last Chance” reunites the two past members of Mushroomhead, Reavis and Tommy Church. Tommy Church left the band in the year 2018. Both of them played together in the band for 3 years after Tommy joined the band in 2012.

Mushroomhead’s start to their musical endeavours was accompanied by a row of controversies. The masked alternative metal outfit was accused of ripping off the visual performances of Slipknot. Despite the controversies, the band succeeded fairly well with 8 albums written to their name. Shortly after releasing their 2003 album, “XIII”, they roped in Waylon Reavis for vocals. With his inclusion, the band scored yet another success in the form of “Savior Sorrow” in 2006.

However, Reavis’ presence was short-lived, when he left the band for pursuing a different path. Hoping for a new start, A Killer’s Confession offered him the much-needed breakthrough. He joined the band, and just before their debut release, they got signed to EMP Music Group. EMP is owned by Megadeth’s David Ellefson. After one album with EMP, the band got signed to Wake Up! Music Group. They released one album with them as well. It seems as if they are in the process of writing a new one.