A walk into The Oblivion – Interview 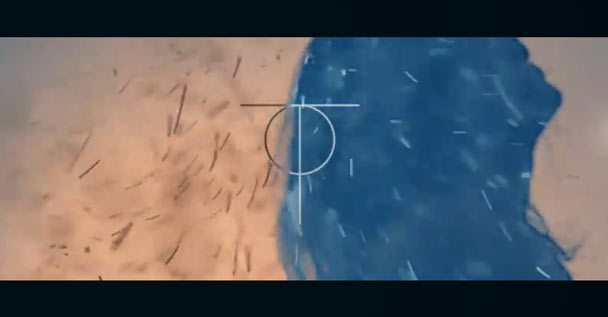 We recently had an opportunity to catch up with the hyper-talents from Germany’s very own The Oblivion! For the uninitiated, this is a band that whips up their work from the music itself to some truly intense visuals. Stylistically, they deliver a cutting edge Melodic Death Metal sound with several modernized twists to set them apart from the pack.

Currently, the band is working towards the release of an all new album which they plan to release next year. They’ve been releasing a series of high quality singles in support of this. So, if you’d like to give a listen, the music video links can be found below!

Now, without any further adieu, here’s our interview with The Oblivion!

We’re here to pick the brains of The Oblivion today! First and foremost, how have you been?

Hey guys. First of all, thanks for your support and for making this interview possible. We were pretty busy the last few months. Writing, recording and producing the songs for our upcoming debut album which will be available 2019.

Looking forward to it! You’ve been releasing a series of singles. Most recently, “Helios” came out. Can you tell us more about what comes next for The Oblivion in building towards the album?

Sure. Yes, we´re on a very good path to create our debut album. Our first idea was to constantly releasing new singles, but after helios we decided that we would like to put all songs together as an album. There also will be one or two more singles before the album because we like the idea to release several singles throughout the year.

Great. One of the things that immediately strikes me about your band is the combination of different metal sounds you bring to the table and how you make them all fit together naturally. If you had to describe your overall approach to music right now, how would you state it?

That´s right. We´re trying to create something unique and we´re heading for more ambient, orchestral strings and piano parts for the future. We don´t want to record clean vocals but we found a very good technique that works for us to create more melodic vocals without the clean shift. We call it modern melodic death.

The Oblivion started primarily as a two man project. However, it looks like you’ve successfully added more members to the band in recent history. Do you feel that your line-up is now complete or are you still seeking members?

Yes we started as a two man project. Now we already have 3 more members. There is Bene (Bass), Ingo (Drums) and our newest member Pablo (Guitars).

With the recent influx of members, are you planning to take The Oblivion out for live events anytime soon?

Sure. We´re playing Fallen Fortress Open Air this year toghether with ALAZKA, Deez Nuts and many more. Now that the project has five members we´re ready to hit the stage.

That’s awesome. Beyond the music itself, you guys have some very nice visuals for all of your single releases. Better yet, this all looks like it’s done in house by your vocalist Attila Erdélyi so clearly there’s lots of talent all around here. Do you plan on keeping this approach moving forward or would you like to work with other visual artists as well?

Thank you. We appreciate Attilas work too. We´re planning a new video with the complete cast now for our next single and the work will stay in house but maybe with some additional artists.

You appear to have a good working relationship with Marco Bayati from Desolace and Marco Kollenz from Black Head Lion for terms of mixing and mastering. Do you plan to continue working with them towards your debut release?

Of course. Those guys are doing such a great work and personally there are a lot of familiar stories and workflows we already shared at their studio. “Marco Twice” will be mixing and mastering our complete debut album :)

What was the process behind choosing the name The Oblivion?

The idea came from a feeling we called “the forgotten”. Our civilization is mostly focusing on the negative aspects in life and forget that there are more than for example 900 positive ones which are vanishing into “oblivion” because of that other negative one. So with our music and philosophy we want the listener to remember what he forgot and what is vanished into “(THE) OBLIVION”

How do you feel about the modern music / metal landscape right now?

There is a lot of great stuff coming out right now. Let´s see… there are While she sleeps, Architects (now with a wonderful piano reprise of Doomsday), Bleed from within, Cypecore of course with a great new album and the return of As I Lay Dying with the song “my own grave” which is very good old metalcore. Oh, and there are Northlane with a new song just a few days old and Born of Osiris with a new single called “Silence the Echo”. Both bands are filled with such great musicians.

Agreed. If you could collaborate with any artist, dead or alive, who would you choose?

The one and only John Williams for a live show with a complete orchestra!

Now for a bit of a fun question. If The Oblivion were a sports team… what would your mascot be?

Haha our mascot would be ManBearPig from South Park :D

Half man, half bear, half pig. Those are all the questions we have… Any famous last words for all the people out there?

We would like to thank all our listeners for their support. It was a great first year for us with more than a thousand listeners on Spotify with just three singles out. We can´t be more proud of our fanbase we already have. You are the best!