Dethklok / Metalocalypse and Adult Swim able to move on? 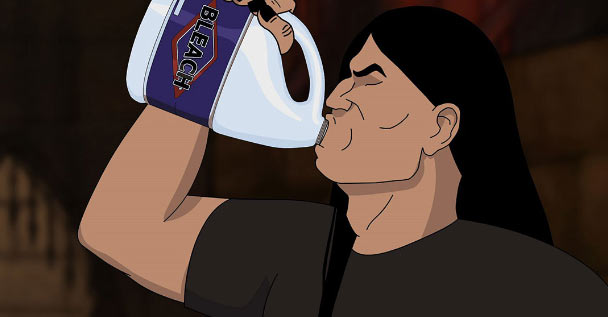 On the latest episode of the Everblack Podcast, drummer Gene Hoglan was asked about Dethklok. He had a good bit to say about the band and the possibility of a future, especially in regards to Adult Swim who own the rights of both Dethklok and Metalocalypse. You can watch the full podcast below or see a little of what the man had to say right here:

“It’s a question that’s better suited for Brendon. However, for instance, Dethklok has a show booked in November up in Los Angeles. It’s a comedy festival, or music festival, that Adult Swim, the network is putting on.

And the simplest summation that I can come up with for the reason that we’re playing the show is Adult Swim is extending an olive branch, it kind of seems like, to the band for the future. We’ll see what that future might entail.

And there’s been some time since the band has been able to either play shows or attempt to move forward… That’s why Brendon’s been concentrating on his Galaktikon project, which the last Galaktikon album, “Become the Storm”, that was essentially a Dethklok record.

If you ask me, it sure sounded like Dethklok, and there are some Nathan Explosion kind of vocals on it. I think that was Brendon’s like, “We can’t be Dethklok anymore, but we’ve still got music in us, so we’ll have to change the title, change a bit of the scenery around the concept.” But musically, it had all the same challenges of Dethklok.

You just never know about the future. I wish I knew more about it. But I’ve got a real, positive feeling about some things. And that’s about the most I can say about it. But I know Brendon could elaborate.

I always feel good about Dethklok’s future. I’m always the one holding out the hope. I know the network was a bunch of fuckers, and things didn’t end up on the best note, but you never know.

And so we’ll see what that sort of attitude brings. Hey, you never know. That sometimes brings a lot of positive stuff in the future. So I’m always down for that.”

Only time will tell…

In the meantime, here are clips from the show for your entertainment: