FIT FOR A KING “The Path” Album Review 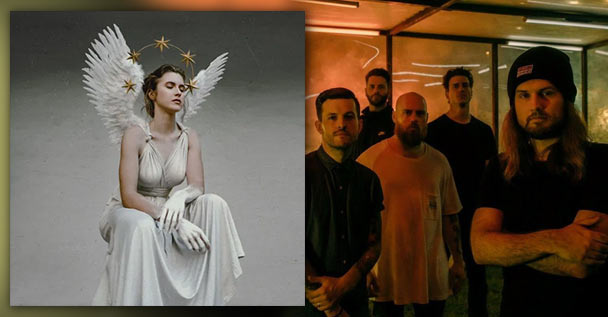 Background: Fit For A King have quickly become one of the most popular Metalcore bands in the field with their mix of cut throat heaviness, catchy melodies and accessible songwriting. This Texan band has been at it since ’07, releasing 6 albums in that time from the breakout debut “Descendants” which got them a spot at none other than Solid State for all their following offerings. This includes the most recent album known as “The Path” which just released today! Now, let’s follow along and see where this particular path leads our ear holes…

This Album Sounds Like: Jesus smiling with some broken teeth while wearing a “Dani Filth is a Cunt” t-shirt or a sports car driving out of the car wash straight to church on a Sunday or just plain heavy music backed by THE BELLS OF NOTRE DAME. Okay… enough with the Christian Metalcore jokes (though there are seriously a bunch of bells here)… On a more serious note, one could make the argument that this is FFAK’s most accessible work to date – it actually reminds me of some recent moves from the Australian Metalcore legends Parkway Drive (Looking around, I don’t appear to be alone in that observation). So, it may be more accurate to say this sounds like some punchy Metalcore meets arena rock music – at a MEGA CHURCH! Sorry… I’m done…

Some Favorite Tracks: The “God Of Fire” single featuring no less than Crystal Lake’s Ryo Kinoshita, “Annihilation”, “Prophet”, “Stockholm” and the closer “Vendetta”.

Positives: At times, this record sounds massive and contagiously catchy. Bits and pieces came back to haunt my head after a few listens. I also enjoyed how the record seemed to become heavier the further it progressed like a gradient measured in distortion. It probably doesn’t come as a surprise but I personally enjoyed these heavier bits more than the arena sing-alongs which came off as a bit generic. There are a few noteworthy instrumental moments from riffs to solos to some real nifty drum work. Moments of the album from the opening of “Annihilation” to the nastiness found on “God of Fire” and even the album’s opening on “The Face of Hate” favorably piqued my ears. It should also be said that the production on “The Path” is absolutely solid as the band appears to have worked with Andrew “Drew” Fulk once again (Bullet for My Valentine, Chelsea Grin, We Came as Romans, Wage War, etc)

Negatives: This isn’t a terribly original offering. Despite being enjoyable for what it is, I feel like I’ve already heard every corner of this record about 100 times before. Moments of the album are certainly good but I think FFAK are still a good bit from reaching any sort of greatness. They’re obviously talented so it would be cool to see them try some truly new things on the next go around and push some boundaries instead of grabbing for low hanging fruit… Something more inventive than a barrage of bell samples from our friend Quasimodo would be nice. It’s also pretty short for a full-length effort clocking in at 35 minutes.

In The End… I do like this record to a point but, in all honesty, I probably won’t be revisiting it much. However, beyond my own shitty opinion, I do believe many people will really enjoy the band’s efforts on “The Path”. It has all the right elements to be a popular Metalcore success which seems to be FFAK’s aim here. When ashes turn to ashes and dust to dust, I’m personally feeling a 6 out of 10 on this album. Though, like I said, I’m sure a number of you will enjoy it much more than I did. So give a listen! You can stream some tracks across this very page and see what you think. Hope you all have a blessed day.