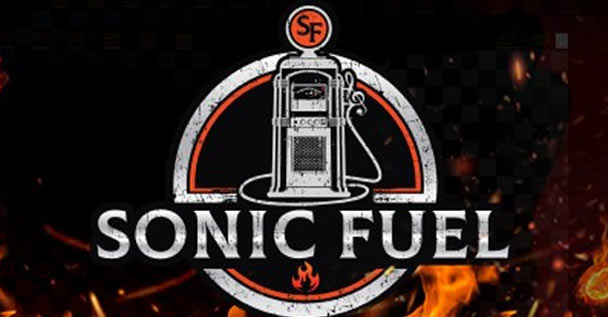 For some bands, music is more than just entertainment and business – they use it as a vehicle to spread their political and societal sentiments. Although such bands were a rarity back in the 2000s, the majority of the newer bands these days are giving enough emphasis on Lyricism(Note: This is my observation, it need not be correct). Knoxville based Hard Rock band, Sonic Fuel is an epitome for the same. The frontman taking the role of lead guitarist, Sonic Fuel is a trio that never fails to amaze me.

Despite having a limited number of releases, they have found a knack to nurture a wider fanbase. Having more than 30000 streams on Spotify, the band has reached over 63 countries – keeping a steady count of 5600 monthly listeners. The stats prove that their music does interest a lot of people. It also shows their track’s repeat value. Drawing quintessential social messages, the band strives to convey something meaningful to their audience. This is another factor that justifies their popularity.

Among the three singles they have released, the latest one – “Karma” flaunts unapologetic lyricism and undeniably heavy instrumentation. Considering the fact that this is their third release of the year, and the third one in their career altogether, I believe they have done a decent job. Why?! Because the song is everything you would hope for in a Rock/Metal release. Shying a tad bit away from the 4-minute mark, “Karma” is an anthemic track that starts with a catchy tune, akin to that of a video game soundtrack. Slowly, the note fades and the vocals kick in. Usually, I don’t pay much attention to the Deliverance, because I believe it’s the instrumentation that carries the song forward. However, in this song, the tires have changed. Hales has done a brilliant job in doing the vocals. In a way, it is his performance that keeps the listeners hooked.

The chorus is very catchy, yet angsty – something that a protest song would need. The idea behind the song is to have the lyrics tell a story as to how people in power abuse us. The vocalist thinks that the song will resonate with those who have been abused by them. If I’m not wrong, to have this conveyed, the band has chosen to go all-out in instrumentation. You have the heavy riffs backed with your average syncopated rock drumming. They’ve used the drum parts wisely for making transitions and tempo changes. The guitar work, in particular, stands tall along with the vocals. You have both riffs and solos that blend well with the rest of the instrumentation, and most importantly – the overall message of the song. The bassline, although not amplified, keeps everything together.

For a band who just released their third single, it is surprising to see how they have ascertained their style. Usually, what I’ve noticed is bands trying a whole bunch of things before finalising their stylistic inclination(Architects, and Bring me the horizon, to name a few). In the case of Sonic Fuel, they have a particular style on their mind already. They are banking on the traditional Hard Rock style with no experimentation. Their sound would please those who like Foo Fighters, Saint Asonia or Shinedown. Down the road, we may see them pivot to a different sound, but I’m sure they will have some Hard Rock influences. Because it is this particular sound that is handing them success – and truth to be told, I don’t think they have to pivot. Even if they do, it would be the right thing to have that Hard Rock influence.

Overall, “Karma” is a song that will surely come back on your Playlist, more than once. A catchy song having all that it takes to put the band in the limelight. Probably their next release will garner to a much wider audience. I just hope they put out an Album or EP, instead of teasing their fans with singles.