Memorial for All That Remains guitarist Oli Herbert cancelled 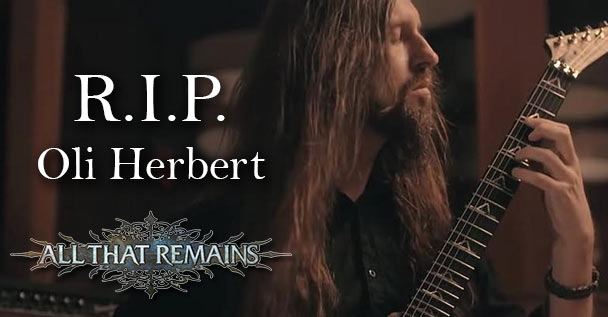 11/8/18 UPDATE – The Oli Herbert public memorial has been cancelled. Here’s the official word in regards to this:

**IMPORTANT NOTICE – Wednesday, November 7th at 9:30 pm, ET: The public Memorial Service for Oli Herbert scheduled for Sunday, November 11th has been CANCELLED. No additional information is available at this time.